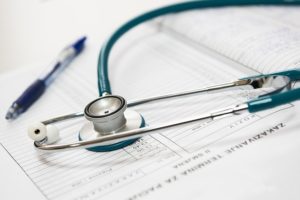 In this feature by WebMD, the author discusses many of the wonderful benefits that a regular meditation practice can bring. The benefits are profound when stress is the underlying factor of an illness.

So, keep on with your practice & meditate your way to a better & healthier life.

May your days always be filled with love, happiness, & peace,

Any condition that’s caused or worsened by stress can be alleviated through meditation, says cardiologist Herbert Benson, MD, well known for three decades of research into the health effects of meditation. He is the founder of the Mind/Body Institute at Harvard Medical School’s Beth Israel Deaconess Medical Center.

There’s scientific evidence showing how meditation works. In people who are meditating, brain scans called MRI have shown an increase in activity in areas that control metabolism and heart rate. Other studies on Buddhist monks have shown that meditation produces long-lasting changes in the brain activity in areas involved in attention, working memory, learning, and conscious perception.

The soothing power of repetition is at the heart of meditation. Focusing on the breath, ignoring thoughts, and repeating a word or phrase – a mantra – creates the biological response of relaxation, Stan Chapman, PhD, a psychologist in the Center for Pain Medicine at Emory Healthcare in Atlanta, tells WebMD.

“Meditation is not difficult to learn,” Chapman tells WebMD. “You don’t need to see a therapist 40 times to learn it. But like tennis, it’s a skill. You need to practice. In time, people develop the ability to produce these meditative, very relaxed states very quickly. When they meditate several times during the day, they become more relaxed during the entire day.”

Some research on meditation’s benefits:

Heart Health: Countless studies have looked at meditation and heart health. Regular practice has been shown to significantly help high blood pressure over the long term, according to government-sponsored studies conducted at the College of Maharishi Vedic Medicine in Fairfield, Iowa. Among those studies, one showed significant lowering of blood pressure and heart rate in black adults.

Also, a study in the American Journal of Hypertension showed that teenagers who meditated for 15 minutes twice a day for four months were able to lower their blood pressure a few points.

Immune Booster: Meditation also helps ward off illness and infections. In one study testing immune function, flu shots were given to volunteers who had meditated for eight weeks and to people who didn’t meditate. Blood tests taken later showed the meditation group had higher levels of antibodies produced against the flu virus, according to the study in Psychosomatic Medicine.

Women’s Health : Premenstrual syndrome (PMS), infertility problems, and even breastfeeding can be improved when women meditate regularly. In one study, PMS symptoms subsided by 58% when women meditated. Another study found that hot flashes were less intense among meditating women.

Women struggling with infertility had much less anxiety, depression, and fatigue following a 10-week meditation program (along with exercise and nutrition changes); 34% became pregnant within six months. Also, new mothers who meditated on images of milk flowing from their breasts were able to more than double their production of milk.

“There’s no doubt from the standpoint of research and my own clinical experience that meditation can reduce both the experience of pain and help people manage stress resulting from having pain,” Chapman tells WebMD.

Meditation is a therapy offered in all comprehensive pain centers, he says.

How do you know if meditation is “working” – if your body is actually getting that relaxation response? If you get feelings of warmth, heaviness, and calm when you meditate, it mean that you’ve gone deep enough, says Chapman. It you just can’t reach that level, enroll in a class, he suggests. “Sometimes it helps to have someone guide you, to help you know when you’re making progress.”

If meditation just doesn’t seem to work, move on to another relaxation method, Benson advises. “Any practice that can evoke the relaxation response is of benefit, be it meditation, yoga, breathing, or repetitive prayer. There is no reason to believe that one is better than the other. The key is repetition, but the repetition can be a word, sound, mantra, prayer, breathing, or movement.”

ORIGINAL ARTICLE CAN BE FOUND AT: http://www.webmd.com/balance/features/transcendental-meditation