It seems that Meditation is better at reducing chronic pain symptoms than pain-killers such as morphine. 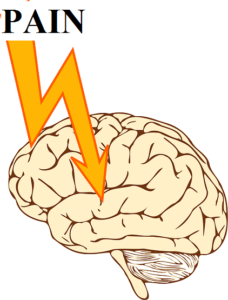 Dr.  Fadel Zeidan, Ph.D., the lead author of the study and a postdoctoral researcher at the Wake Forest University School of Medicine, in Winston-Salem, North Carolina said:

“Meditation produced a greater reduction in pain than even morphine or other pain-relieving drugs, which typically reduce pain ratings by about 25 per cent.”

And with meditation we don’t have to worry about all the nasty side-effects pain-pills bring to the body!

So, if you struggle with pain why not see what Meditation can do for you!

May your days always be filled with love, happiness, & peace.

You will find this entire article from CNN & Health.com below:

You don’t have to be a Buddhist monk to experience the health benefits of meditation. According to a new study, even a brief crash course in meditative techniques can sharply reduce a person’s sensitivity to pain.

In the study, researchers mildly burned 15 men and women in a lab on two separate occasions, before and after the volunteers attended four 20-minute meditation training sessions over the course of four days. During the second go-round, when the participants were instructed to meditate, they rated the exact same pain stimulus — a 120-degree heat on their calves — as being 57 percent less unpleasant and 40 percent less intense, on average.

“That’s pretty dramatic,” says Fadel Zeidan, Ph.D., the lead author of the study and a postdoctoral researcher at the Wake Forest University School of Medicine, in Winston-Salem, North Carolina. The reduction in pain ratings was substantially greater than those seen in similar studies involving placebo pills, hypnosis, and even morphine and other painkilling drugs, he adds.

The findings, which appear in the April 6 issue of the Journal of Neuroscience, aren’t entirely surprising. Past research has found that Buddhist-style meditation — also known as mindfulness meditation — can help people cope with pain, anxiety, and a number of other physical and mental health problems. But in most cases the training takes weeks, not days.

The fact that Zeidan and his colleagues achieved these results after just 80 minutes of training is “spectacular,” says Robert Bonakdar, M.D., the director of pain management at the Scripps Center for Integrative Medicine, in San Diego.

“Although the full benefits of meditation can be realized after long-term training, our study suggests that some of the effects can be realized just for your average Joe,” Zeidan says.

The type of meditation used in the study is known as Shamatha, or “focused attention.” Like other forms of mindfulness meditation, it entails learning how to observe what’s going on in one’s mind and body without judging, and while maintaining focus on one’s breathing or a chanted mantra.

Brain scans conducted during the pain experiments showed that this technique appeared to cause a number of changes in how the participants’ brains responded to pain.

The researchers looked, for instance, at a part of the brain called the somatosensory cortex, which contains a kind of map of the body. Before meditation training, the area corresponding to the right calf was quite active when the heat was applied to the volunteers. But there was little activity in this region when they were meditating, which suggests that “meditation reduces pain by reducing the actual sensation,” Zeidan says.

Areas of the brain responsible for maintaining focus and processing emotions were also more active during meditation, and the activity was highest in the volunteers who reported the greatest reductions in pain. “There’s not just one thing happening,” Zeidan says. “Mindfulness meditation incorporates multiple mechanisms, multiple avenues for pain relief.”

The conventional wisdom has been that meditation relieves pain not by diminishing sensation but by helping people consciously control their perception of pain, says Katharine MacLean, Ph.D., a meditation researcher and postdoctoral fellow in psychology at Johns Hopkins University, in Baltimore.

However, she says, the brain scans make it clear that both processes take place: Mediation changes the nature of pain before it’s perceived and also allows people to better handle it. “Meditation is really kind of retuning your brain,” MacLean says.

An important question raised by the study is whether meditation might have the same effect on “real-life pain,” Bonakdar says. Pain — especially chronic pain — is much more complex in the real world than in a laboratory, he points out, and it can involve trauma, depression, and other physical and mental processes.

“Sometimes pain is more about suffering than it is about pain,” he says. “Sometimes that’s the hardest part of pain to treat. Maybe mindfulness meditation is just the right medicine for that problem.”

You can find the original article at: http://www.cnn.com/2011/HEALTH/04/05/meditation.reduce.pain/index.html