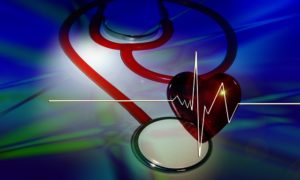 New research published in The Journal of Human Hypertension found a reduction in blood pressure associated with practice of the Transcendental Meditation® technique.

For those who aren’t familiar with Transcendental Meditation (TM), the technique was made famous by the Maharishi Mahesh Yogi & brought to the forefront of our culture by such notable practitioners as the Beatles.  The TM practice involves the use of a mantra and is ideally  practiced for 15–20 minutes twice per day. It is also one of the most widely researched meditation techniques, with over 340 peer-reviewed studies published.

Below you with find more information regarding the reduction in blood pressure, as well as, a link to the original article on TM’s Website.

A new meta-analysis published last month in the Journal of Human Hypertension that pooled data from 12 studies involving 996 subjects found a clinically meaningful reduction in blood pressure associated with practice of the Transcendental Meditation® technique.

The meta-analysis comes on the heels of last year’s statement by the American Heart Association that the Transcendental Meditation technique may be considered by physicians as a treatment for high blood pressure. That statement was based in part on older meta-analyses published in 2007 and 2008. The new meta-analysis includes the latest studies.

“This was a very thorough, high-quality, and fair review,” said researcher David Orme-Johnson. He said that the review found consistent results among the studies when taking into account variables such as age and initial blood pressure. In addition, the review found all 12 studies to be acceptably rigorous.

The subgroup meta-analyses were especially thorough and found some interesting results, such as older subjects showing greater declines in systolic blood pressure, but not diastolic, compared to younger subjects.

The meta-analysis was conducted by researchers affiliated with Lanzhou University in China and the University of Southern California.

ORIGINAL ARTICLE CAN BE FOUND AT: https://www.mum.edu/new-meta-analysis-shows-reduction-in-blood-pressure/